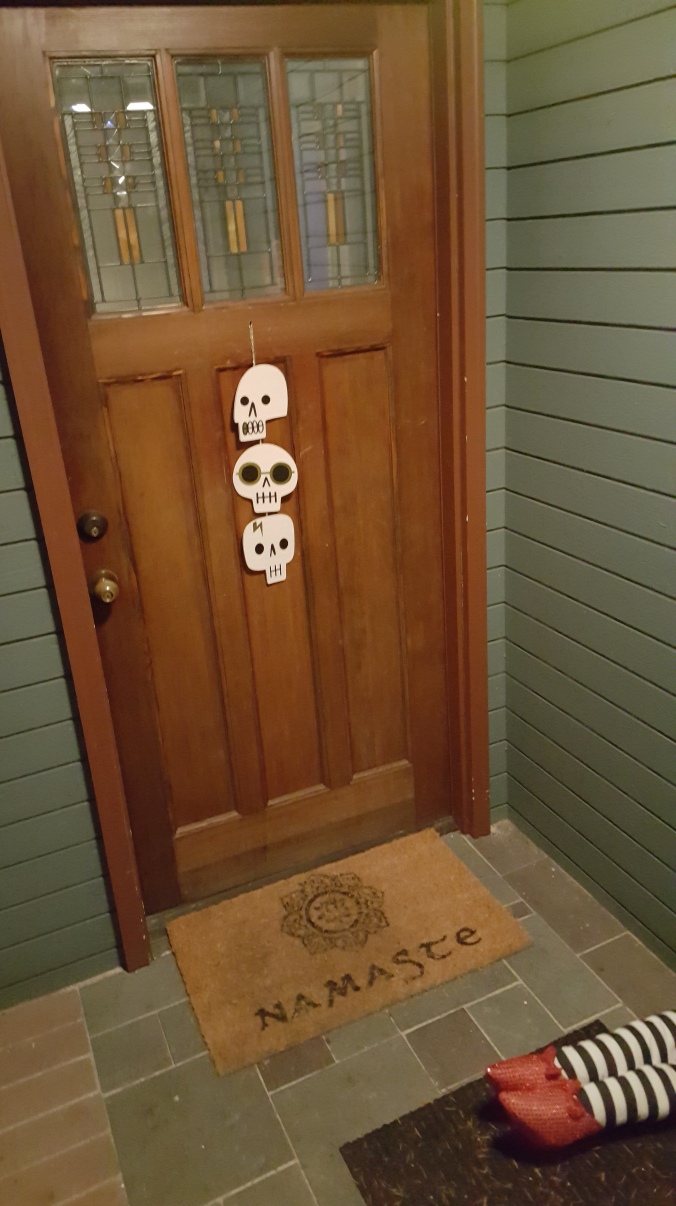 My Ghost, No Longer at This Address

Upon my untimely death,

as death is untimely

which I don’t currently abide,

but that’s another vibe…

I request my epitaph be

but I laughed a lot,

so maybe it wasn’t all bad.”

to edit before placing

on headstone, or urn.

I have no preference

on my corpse’s disposal.

only an empty shell anyway,

that once hosted countless

are no longer homes.

or mechanism of me

is long gone from here.

As we’re close to Halloween – widely regarded as the point where the threshold between the living and the dead is at its weakest – I found myself thinking less of home building, and more of ghosts, including my own, leaving their bodies (their homes for the duration of their lives) for the first time. 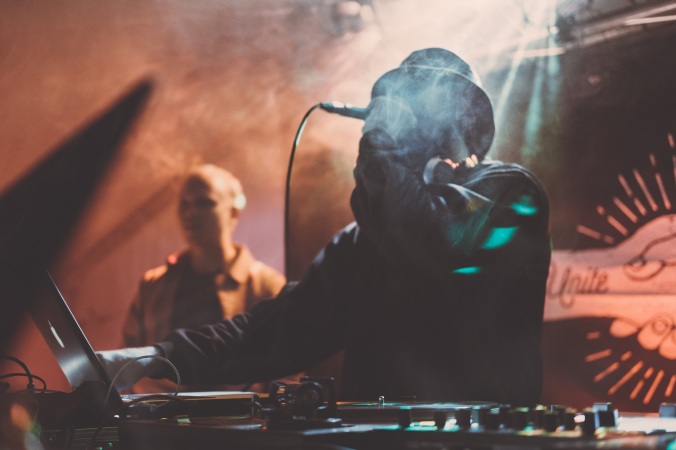 I am of hip-hop

Jazz is my mother

Soul is my father

I feed on funk

to find the funk

Written for dVerse’s Quadrille #43, hosted by Grace. I figured I’d give a shout-out to one of my first loves. Also, here’s another cool video on the evolution of hip-hop verses:

Go here to read other poet’s contributions to this prompt.

Photo by frank cordoba on Unsplash

But Much More Than That

moving away from us at

will overtake us before

we could conjure a method

surrounds us now, painting your

me, preening your neck to peer

my darkness, closing behind

you, smiling coyly with

I imagine must taste of

its bubbles catching a faint

gleam in your eyes as

I fall into you, and I’m

overwhelmed by a vision

of blue ocean lapping at

your sun-kissed skin as

you serenely swim away

from my anchored boat moored at

the edge of my comfort-zone

I page through my book,

pretending not to obsess

over your safety as you

there, right where you left me, no

longer in the red. You are

to the left of me

and my teasing left you with

the impression that I had

You tsk me for it

from behind wine lips and we 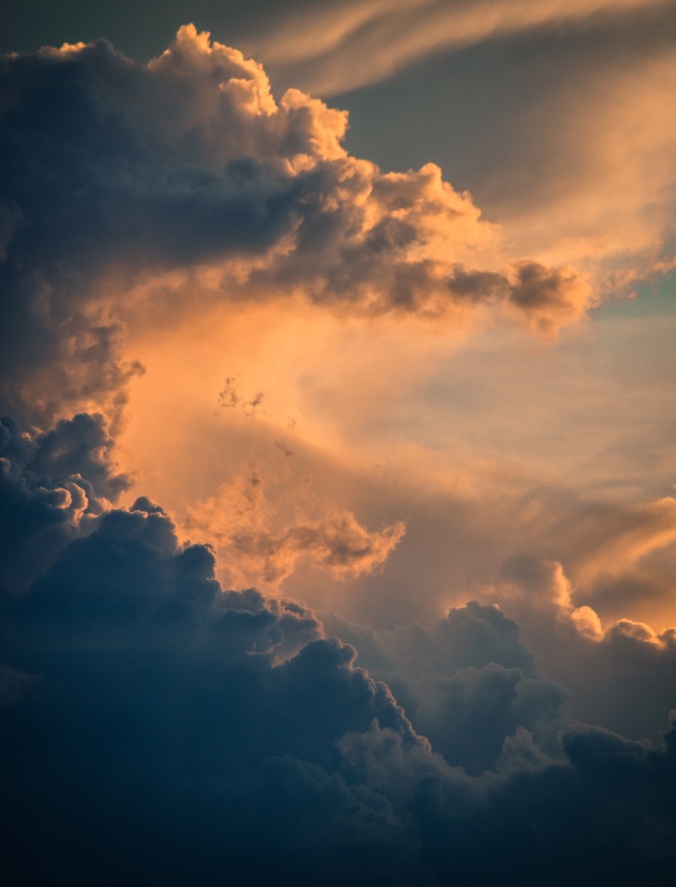 Photo by robbertdb on Unsplash

As the sun settled into soft angles

it spotlights a cumulus cloud curiously

lazily floating eastbound, her neck and

drawing your attention toward Orcas Island

and one of the most perfect moments of

your life, when you were inexplicably

comfortable in your own skin while both

alone and in unfamiliar company

at a destination wedding you attended

against your will, watching two outliers

pledge their lives to each other as you’d done

twice over, with the second time inexplicably

working out much better than the first,

which compelled you to make that journey

in the first place to that unfamiliar island

to witness an unfamiliar couple

pledge their lives to one another in a

series of moments the smirking dragon

reminds you that can only be described as perfect.

As the dragon cranes her neck northwestward,

it evaporates into the ether,

leaving only her fluffy scaly body and

a disembodied smirking head, which also

leaving you wondering why your second

attempt at sharing your world with a woman

spectacularly, or why your second trip to

Orcas Island was fun, but not nearly as

magical as that first one, or why that beautiful

together ultimately could not fulfil

their pledge to one another even after

committing to create another beautiful,

smiling, giggling, spunky stranger together, but

then it hits you as the headless dragon corpse

became just another cloud fading away from

the settling sun, which ignites the western sky

as eastern clouds are devoured by earth’s shadow.

seeking to relive perfect moments, as

if we were living ghosts who for fleeting

moments have forgotten how to live. But

we have far more in common with misting

smirking cumulus dragons that we see

than the ghosts we chase in familiar places.

Photo by whoislimos on Unsplash

Hope is a Ghost

among a sea of green.

In her rosy bliss,

she was but the first to fall.

her lover has moved on.

Photo by Ian Espinosa on Unsplash

Tina says we do it to one another, every day,

Knowing and not knowing. When it is love,

What happens feels like dumb luck. When it’s not,

Every day. To ourselves and one another. And what

If what it is, and what sends it, has nothing to do

With what we can’t see? Nothing whatsoever

To do with a power other than muscle, will, sheer fright?

What is the nature of a single soul?

How can one measure its worth?

Do we weigh it by the hearts it formed in life,

or perhaps the void it leaves behind?

Terri Ann whispers, but I can’t quite hear.

Put throngs of souls through hardships,

upon blight upon humiliation

upon their collective shoulders,

and I promise the plural response

won’t remind you of anything from

the Book of Job.

Oh, there will be outliers

of philosophers and saints

but the mass majority will go looking

for someone to blame.

resigned to their fates

Wanton cannibalism is an outrage

and yet… and yet…

After the Great Kantō earthquake

and before cyclone winds

to what he thought was safety

but what inevitably became

There was no way he could know

and nothing he could do,

among tails of fire dragons,

but in the policeman’s eyes,

he led the masses to their fate

the sum of his heroic intentions

unable to bear the shame,

Is there something after this realm?

I can’t find the answer in math, science,

not in faith, not even in poetry.

If I contemplate for too long, the voids

of my departed soul-hearts cause

insisted that I find things out for myself.

Terri Ann crossed over once, came back,

when her heart stopped, she just saw black.

That’s what she said, anyway. I suspect

that she just wasn’t paying attention then.

I’m sure she knows the answer now,

but I can’t quite hear her anymore.

Danielle said it was too bad about

that rock-n-roll guy who died.

I nodded grimly, but said nothing more.

The soul of that rock-n-roll guy left us

for God knows where, assuming He does exist

and not just as some embodiment

of a salve for aching joints.

The rock-n-roll guy left a void for his wife,

children, family, and close friends to

depending on where they fall

on the afterlife belief spectrum.

to millions of us musical fans

possibly including moments when other souls

left voids for us to contemplate,

I hope there’s something after this for him,

and for us as well. I hope the blackness Mom

claims she saw was nothing more than a cosmic

practical joke that Dad is already in on.

I watched it on accident.

Wincing, I looked away,

but I could still hear it

I listened to folks in the aftermath

yelling that this shouldn’t happen

in civilized society. I also heard myself

yelling into the void.

I listened to opposition shush us,

as this is not the time to discuss

So I shut up and listened

to listen to each other,

instead they turned and

Wanton cannibalism is an outrage

and yet… and yet…

The leader of the free world

Said we were lucky

For only fifty-nine deaths

It could’ve been much much worse

Rejoice in our good fortune

Information on how to help the Las Vegas shooting victims.

Information on how to help hurricane victims in Puerto Rico.

Go here and here to find out how to help hurricane Irma victims. 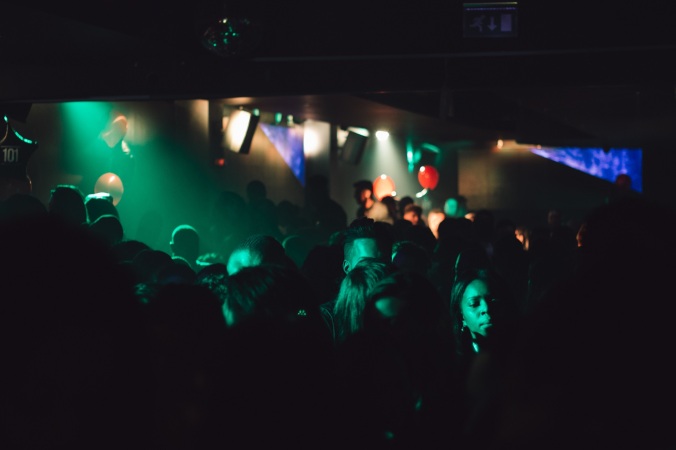 Photo by Alex Holyoake on Unsplash

Smoke Break Outside a Hip-Hop Nightclub in Australia

Displaced from the throbbing, blustering melody,

we sat outside as you finished your cigarette.

Or perhaps we stood. Or stooped. I don’t remember.

It was dark, except for your spark. I, the moth.

Or perhaps I, the flame. It’s all relative and subjective.

Our vibe, the only objective syncopated groove.

The crisp midnight air contrasted with the

heat generated by our dance-grind inside.

That’s actually a lie, or perhaps a half-truth; I

don’t recall if the outdoor air was cool or not, my

Fahrenheit or your Celsius. Too many or too few

degrees, synching with you put me 180-out.

Time-shifting was never my strength, much

Both loner and lonely, even among family and

Time well-spent sizing each other up, taking measure

within melodic measures in timeless movements.

Our conversation flowed easily and deliberate;

each pause with purpose, each query also an invite.

I pretended not to be bothered by the smoke as you

pretended not to notice, shooing it from our session.

I casually took the butt from your lips, pressed it to

mine and inhaled your toxins with unforeseen confidence.

My urgent thirst to share your poison shocked us

for a moment. You smirked as I tried to suppress a cough.

“So, do you have someone waiting for you back

on the other side of the world?” I think you knew.

“I do,” I answered honestly, casually, returning your

you offered, unconvincingly. “Are you both happy

together?” you asked, eyes questing for deception.

“We are,” I lied, probably unconvincingly, to

I guess we must’ve been stooping, because I now

recall that you stood after that, and I after you.

You smiled warmly and I braced for you popping our

“It’s good to find someone who makes you happy,”

you said, as if that’s a thing no one else knew.

“I just have one more question for you, sailor-boy.”

You squared-up to me, smile slowly fading.

still flirty-neutral, but I half expected you to

chew me out for teasing you or leading you on.

But I was still milking our moment for all I could.

When lonely folks like us find kindred spirits, it is

difficult to not find ourselves trapped in their orbits.

I knew it was socially inappropriate to indulge in

you, but with you I felt free to be me authentically.

I wasn’t teasing; I was connecting. Nothing would

come of this, but it felt real. I hoped you’d felt it too.

“I was just wondering if you would mind if I kissed you,”

you asked, closing the distance. “I hope you

don’t mind.” But you didn’t let me answer.

I think you already knew you didn’t need to.

A little writing workshop of horrors

Somewhere in the cosmos

But poetry, beauty, romance, love, these are what we stay alive for

Poems and stuff from a mostly carbon dude.

Apophenia and creativity in poetry