I’ve never eaten a blueberry. I confess I didn’t follow my grandma’s golden rule; don’t knock it till you’ve tried it. They look vile and undignified; like grapes that didn’t quite grape correctly. But my grandbaby is housing those things like they’re nature’s candy, leaving blue and violet streaks everywhere; a little Rembrandt. Every so often, she offers me one with compelling questions of “Uhn? Uhn?” hanging beneath our sun-streaked skylit afternoon. I politely sing, “No thank you!” which always gets a giggle from her before she crams nature’s mess artlessly into her tiny face. She’s more blueberry than toddler now. Maybe I should try one next time she offers.

NaPoWriMo Day 10: The Challenge; the hay(na)ku):

Today’s prompt (optional, as always) is another one from the archives, first suggested to us by long-time Na/GloPoWriMo participant Vince Gotera. It’s the hay(na)ku). Created by the poet Eileen Tabios and named by Vince, the hay(na)ku is a variant on the haiku. A hay(na)ku consists of a three-line stanza, where the first line has one word, the second line has two words, and the third line has three words. You can write just one, or chain several together into a longer poem. For example, you could write a hay(na)ku sonnet, like the one that Vince himself wrote back during NaPoWriMo 2012!

This one was fun to tinker with. I could use a good breather micropoem prompt emphasizing brevity, but still, for some reason, I tend to overthink things. We could all use a breather from overthinking and licking our wounds that come from the isolation, fear, and unfathomable loss stemming from this COVID-19 pandemic. I’ve tried creating mostly escapist poetry, as many of my talented colleagues have already delved deep into the realism of our current state.

I know we’re all suffering in some way, and I also know that spring always returns. Hang in there, everyone.

Photo by Daniel Olah on Unsplash

When Twilight Drapes Herself Around Me

Summer sunsets are the laziest, followed leisurely by dusk layering softer, dimmer pastels as if Saturday were being saturated by a steady drizzle of chocolate sundae topping, even lingering as prelude to indigo, with tree leaves reflecting slivers of light, giving them an ethereal glow, and as roosting birds sing to replace loneliness with companionship, adding their voices to the frogs in the pond beyond the vanishing horizon, I smile in gratitude of her unhurried transit. 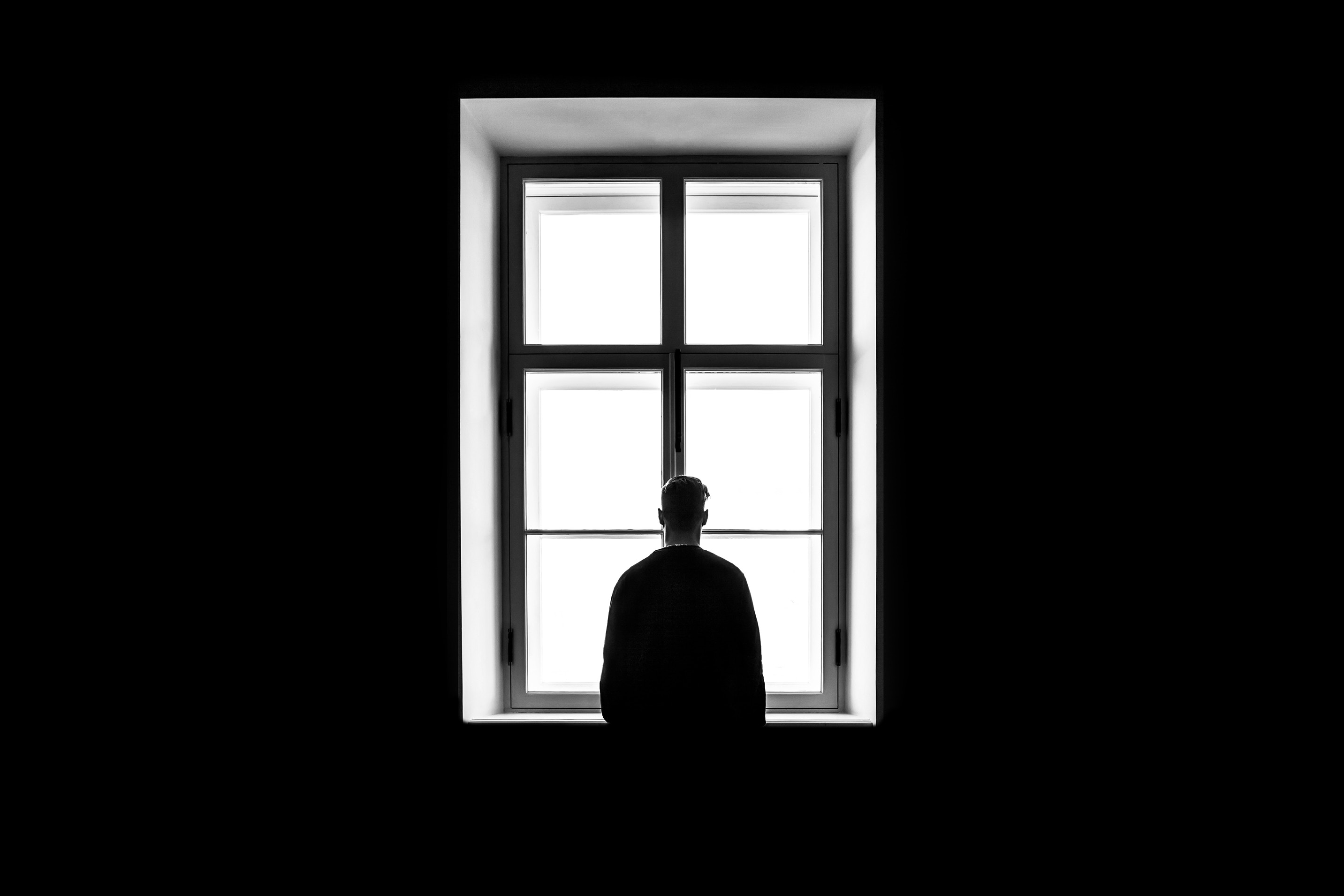 Photo by Sasha Freemind on Unsplash

Imagine, if you will, training most of your life perfecting a difficult skill most don’t understand or respect. You hone your highly-specialized craft in a world where most risk life, limb, and brain-trauma fighting for that extra yard, and yet few who fight for those yards can replicate the one thing in which you have invested the most.

Now imagine developing a reputation for succumbing to external pressure and frequently failing at the one task you’ve spent most of your life perfecting. Your brothers who risk life, limb, and brain-trauma fighting for that extra yard continue to believe in you and try to boost your confidence as external forces clamor to see you fail again so they can tear your embattled spirit to pieces.

Lastly, imagine that the very thing you fear most comes to pass; failure on the greatest stage of your life, melting beneath the microscope of notoriety, your greatest effort summed-up in an onomatopoeic, “doink-doink”.

I sat on my floor, having just slid off my couch, staring at my screen in silence, no longer feeling January chill born from an old furnace and poor insulation. Numb to external elements, I didn’t feel the anguish I expected in typical expected terms. The team wearing the laundry I’ve rooted for since I was four had been bested by an apparent missed kick, and as I watch an entire city prepare to heap hatred upon the kicker’s slumped shoulders, a single thought echoed repeatedly in my head…

“Weps, One online,” squawk my butterflies, as I note the surface contact sent to me automatically by my boss. It’s beyond gun range, but it’s streaming right for us. A single anti-ship missile would hastily end its aggression, but we can’t launch a preemptive strike without just cause. And so, we wait.

Rely on your training. You got this.

“…Batteries-tight. Do not fire unless fired upon, but stay frosty, ya got me? We got this.”

And now we wait.

One of the US Navy’s unofficial slogans was “hurry-up and wait”. Not very poetic, I know, but the topic of waiting makes me think of those days.

I was stopped for speeding earlier this week, and justifiably so, unless the cop was just profiling every black guy who just happened to be going 43 in a 25mph residential area. (I was late for work. That’s no excuse for driving like a menace, but it is a valid reason.)

In the aftermath, I couldn’t stop my hands from shaking for the remainder of the day. As a child, I never grasped why my family collectively feared police, but by age 45, I completely understood the subtle nuances. I laughed at the long, subtle transition of perspective, especially in this era when one false twitch can make guys who look like me into a hashtag (#BarryD #HeWasHarmless #HeWasScaredOfSpidersAndCopsAndBeingLateForWork).

My boneheaded commute had earned me a two-hundred-dollar citation, but I wasn’t lying lifeless face-down on the pavement riddled with peace-keeper rounds, so I considered it a net-win. All things considered, it was just a bad day that could’ve been far worse.

I discussed this with wifey, and she said that us humans have a one-hundred-percent survival rate during bad days. I supposed that was true, even while dismissing this as a bland “You miss one-hundred percent of the shots you don’t take” motivational slogan. But then I began to analyze this statement, and while technically true, on the occasion that a bad day is not survivable, depending on various lifespans, your bad-day survival rate drops anywhere from 90 to 99.9999 percent, which is not too shabby, all things considered.

Granted, your percentage will never again increase on account of you being dead and all.

So, you will either survive your bad day, or you will perish from it. But more often than not, you will survive it. I consider that a net-win. I told Wifey there’s a poem in there somewhere, and I hoped to fish it out. She urged me to reconsider, but you only miss one-hundred percent of the shots you don’t take.

My driveway, about a winter ago. Perhaps two winters ago?

cooler, darker than last moon’s
I keep my howls to myself
***

NOAA predicts a warm, wet winter for the Seattle area this time (so no snow days), but Farmer’s Almanac says batten down the hatches for unseasonably cold weather.

I was going to write a satire about the two conflicting predictions from the dual weather sages, but mindful presence moved me in a different direction.

I haven’t looked at the data for myself, but meh, I’m genuinely good with either outcome. 🙂

And because I love BOTH versions…

Photo by John Jennings on Unsplash

A Traveler searching the cosmos for entities worthy of elevation to Their plain of existence, upon trillions upon trillions of millennia, countless dust-specs orbiting one insignificant glowing orb after another, upon becoming disillusioned after the last red dwarf about 7.9 light years ago yielded no intelligent life, no rocky shores, no gas giants, not even the hint of an orbital debris-disk, had reached Their lowest point when suddenly, They encountered an unremarkable main-sequence star with thriving bedazzled bodies including eight stout jewels, with the third-from-center dazzling; an aqua-marine lively thing with atmosphere, liquid, and life, including intelligent life that was taking baby-steps in exploring itself and understanding the nature of things.

The Traveler was overjoyed. But then They looked deeper, seeing that this intelligent, relatively new life was rotting from within; at war with itself, exploiting and treating those perceived as lesser with contempt, fear, and hatred, hording food, healing, and education in exchange for trinkets of no intrinsic cosmic value – all at the calamitous global expense of poisoning the very environment they needed to survive, justifying all of this with superstition, dogma, and the disingenuous type of religion that closes minds from fully grasping the nature of things.

The Traveler sighed the resigned sigh of One who has seen this particular scene far too many times in Their travels. But there was no time to contemplate this decaying world’s all-too-brief impending fate; perhaps there will be better luck at the next star over, which is actually a binary system, so perhaps not. Still, the search must go on if the Traveler is to prove that They’re not roaming Infinity alone, searching for meaning within the nature of things.

Photo by Nathan Dumlao on Unsplash

The path beyond the garden hidden among evergreen titans rises and falls on gentle sloping hills that seem to roll upon each other like sleepy lovers playfully jostling for their share of the asphalt blanket. The rain, ever present in a fine mist, tamps down much of the troublesome pollen, while simultaneously opening the senses to pine, fir, rhododendrons, and that smell that smells of renewal; the smell that shocks the lungs into expanding to take in as much as possible.

Children play at the end of the cul-de-sac with a sense of oblivious urgency as they sketch in chalk the scaffolding of worlds only they understand, their shrill voices, quaint little bells of amusement amid mild relief that they’re someone else’s problem as long as the squeals don’t turn into sobbing. Kids at play yield to love songs performed by the neighborhood bird choir, who then yield the stage to the sunset, next then a frog symphony, and if you’re extremely lucky, an owl or two might quiz you.

The path curves, rises, winds, and falls, weaving between tree line and homestead, painting unhurried, sleepy tracers from where love lives to where she wanders to prove herself. She need not travel far; all that is needed is within reach. It is a wondrous balance, living inside a temperate rainforest that hosts a town that hopes to remain sleepy; remote enough to be considered a hassle to visit, and yet somehow, at the center of all that matters.

Today, we’d like to challenge you specifically to write a haibun that takes in the natural landscape of the place you live. It may be the high sierra, dusty plains, lush rainforest, or a suburbia of tiny, identical houses – but wherever you live, here’s your chance to bring it to life through the charming mix-and-match methodology of haibun.

Anyone who’s been sniffing around this blog from the beginning knows how much I love writing haibun. Still, I’m glad there are no haibun police, as I’m a habitual haibun rule-breaker. I think I did ok with this one.

exercising hearts and minds, lest they waste away